Dogs with this storage disease are usually less than 1 year old; however, they may not show clinical signs until they mature. The majority of dogs begin to exhibit signs of an abnormality between 12 and 18 months of age.

Affected dogs present with behavior change and circling. The disease progresses over 2-3 years to include poor movement incoordination, difficulty in swallowing, vision and hearing loss, rapid motion of the eyeball (nystagmus), and voice changes. Enlargement of the nerves of the forelimbs can be detected, which is due both to fluid accumulation and infiltration of the nerves. At a later stage, signs of the disease include seizures, tremors, and gait abnormalities.

Diagnosis of ceroid lipofuscinosis is based upon clinical signs, especially in a susceptible breed. Cerebrospinal fluid analysis is usually normal but may reveal increased protein levels with a normal cell count. Computed tomographic (CAT) or magnetic resonance imaging (MRI) of the brain of dogs with ceroid lipofuscinosis may reveal abnormalities, such as brain atrophy and abnormal brain-tissue density. Definitive diagnosis will require additional skin and/or blood tests.

At present, the prognosis for the lysosomal storage diseases in dogs and cats is grave. For the majority of these disorders, affected animals are euthanized due to progressive worsening neurological dysfunction within the first year of life. For the more slowly progressive disorders (ceroid lipofuscinosis), continuous neurological dysfunction leads to death or euthanasia usually within 1-2 years of diagnosis. Despite the poor outlook for these disorders, bone marrow transplantation and lysosomal enzyme replacement therapy have been successful in some human and animal cases. Gene transfer therapy is also being actively investigated and will hopefully be available in the future. 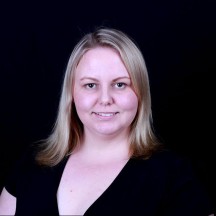 Are dachshunds good with children?

November 13, 2020
-
Posted by Heather C.
How well a dachshund gets along with children depends on three things: the temperament of the dog, how the dog is raised,…
Read More →
Articles, General
1 MIN READ

November 13, 2020
-
Posted by Heather C.
Spread through mosquito and flea bites, heartworm is a parasitic infection that disrupts an animal’s circulatory system, eventually leading to life-threatening complications. Treatment can be extensive, but prevention is a simple matter of regular tablets. Though this disease can affect any dog breed anywhere in the country, it is more prevalent in warmer climates where pest populations are higher. By becoming familiar with the disease, its symptoms, and possible treatments, dog owners can take adequate measures to protect their pets and preserve their healthy, active lifestyles.
Read More →
Articles, General Health
5 MIN READ

April 18, 2020
-
Posted by Heather C.
The Hunter, the Digger, the Runner, the Actor, which Dachshund do you have and this is how you train them.
Read More →
Articles, General, Training
4 MIN READ
LATEST POSTS
AASHUDNA REGISTERED BREEDER